Taking a Stand Against the
Russian Anti-Gay Propaganda Laws 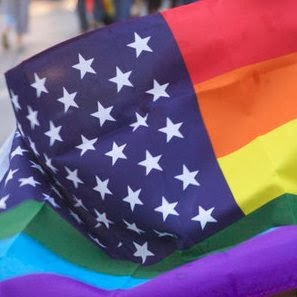 What is Gay Propaganda?

As the world turns their attention to Russia for the glorious Olympic Games, it's almost impossible to fully separate Politics from Athletics, while we compare different nations against each other in Olympic Competition.

Of particular interest to me is the host countries views, laws and actions regarding their LGBT Citizens. In Russia, it is against the law to demonstrate or protest or put out any media that could be construed as having a "Pro-Gay" stance if the demonstration or media could be viewed by minors.
So that makes all Pride Parades, Rallys or even any pro-equality posters illegal in the Russian Federation.

Russian President Vladimir Putin said this about the laws:

"We aren't banning anything, we aren't rounding up anyone, we have no criminal punishment for such relations unlike many other countries . One can feel relaxed and at ease, but please leave the children in peace."

So why am I writing about this matter on
The Ascended Apprentice?

All across the world, there are millions of Gay Teenagers who at some point contemplate suicide as a response to dealing with the emotional turmoil that comes with facing the difficulties of being different. In the United States, figures have been released that put Gay Teens at between three times and twenty times more likely to commit suicide than the average teen.

An important spiritual principle is EQUALITY.
All people of Earth deserve the same treatment, the same privileges, and they deserve to have the same feeling of worth as anyone else around them.

So what about the Russian teens that are struggling with thoughts of suicide or feelings that they're too different to function as so-called "normal" teens?

Well, they aren't alowed to see any messages of hope. They certainly aren't being told that "It gets better." They aren't even allowed to see the LGBT adults who have pride in who they are as LGBT People. Instead, they're shown images of "Gay Demonstrators" attacked and arrested for daring to try to speak up during the Opening Ceremony of the Olympic Games.

Luckily, there are people that "get it" across the world. GOOGLE, for instance, used the above Google Doodle in honor of the Opening of the Olympic Games. At the surface, it looks like a standard reference to Skiing, Hockey, Curling, Bobsled, Figure Skating and Snowboarding, but as Fox Sports has reported, this Google Doodle may have deeper references.

For Google also quoted the Olympic Charter when putting up this Doodle:

"The practice of sport is a human right. Every individual must have the possibility of practicing sport, without discrimination of any kind and in the Olympic spirit, which requires mutual understanding with a spirit of friendship, solidarity and fair play."

Take a Stand Against Discrimination

I find Google's stance to be laudable. It is right to believe in Equality of all People, and no person on this planet deserves to be treated as they are less than anyone else simply because of their sexual orientation or gender identity. Honestly, as if life wasn't hard enough for the people of Russia...
I believe that all of God's Children on this planet are Divine and Sacred, and I also have a personal belief that a lot of LGBT people are Angels in Human Form.


Many of them don't even know it.


For more information on how you can help grow the Spiritual Principle of Equality, I personally recommend supporting the Human Rights Campaign, an organization dedicated to creating equal rights for all human beings on Earth, regardless of who they love.