From the Elohim, on Christmas

A Channeled Message from the Elohim 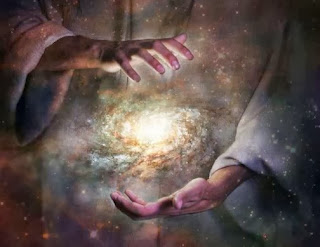 Greetings Dear Ones, We ARE the Elohim, Galactic Beings, Non-Corporeal Citizens of the Universe, Creators of Mankind and of the Life You Live.


You are Magnificent. You are loved. We are so proud of the growth you have made this year.

So we wanted to talk to you today, on this most-loved of Holidays, the Christ-mass: Christmas.
We want to spend some time talking about YOU.

This is who you are:

You are a Creator. Did you know this? Every second you create diverse shards of the multiverse, seeking out that which fulfills your desires. You designed this, your lifetime, far before you were born. You designed it such that you would have wants and desires, and then you would go about fulfilling your desires.  Oh, but you limited yourself in some ways, and you did this purposefully.  Most of your lifetimes, you don't allow yourself the power of Instant Manifestation. Oh, but you do have this power, don't ever doubt it! You invented instant manifestation!

And then you came to this current incarnation. And you decided, "well, what if I did have a point of contact with my desired manifestation that was much faster than all the rest?" And then you designed the Path of Ascension.

You're on that Path now. Oh, Divine Spark of the Infinite One, you're on that Path right now, and it is Glorious. The Universe supports your idea, your inspiration, your decision to walk this most-sacred of Paths. Walk it with Confidence. For you ARE, child. You really and truly ARE.

So now you find yourself at a Crossroads.  Do you fully walk this Path you've created? Do you openly embrace it, sharing the Law of One with the World? Letting all of humanity know through your actions (rather than just "telling" them about it. You'd never let that just be enough, you know.), and do your actions speak louder than words already?

You are Fully Supported 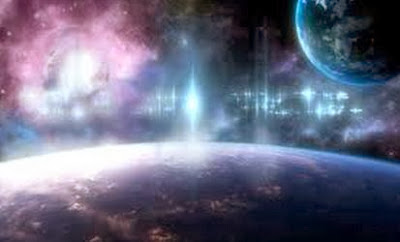 Do you know how big your fan club is?

Did you know you have a Fan Club?

Maybe that's not the right human word, but it's what it seems like to the Channel.  We prefer to think of it like this...

All of the Beings who were once Humans and who are GOING to BE descendants of Humanity are currently watching you.  Earlier this year, they were merely watching, and then you went to work. You starte walking this, the Path of Ascension and you decided, ALL of Humanity would Ascend, in their own times of course, but that ALL would be "getting there" eventually.  In effect, you saved all of the entire species with one intention. You saved the One. You saved yourself too.

Do we need to say that again? You saved mankind. ALL of them that ever was is currently incarnated, but you saved all those that come too. Of the Events planned, and those plans exist in many forms across the Multiverse, but this Event surprised the Cosmos. Did you know that? That doesn't happen very often. It was deemed "too experimental" by most. But your plan succeeded as you knew it would when you started. That's the advantage of the nonlinear existence that is OUR gift to you.

But not just mankind. You saved all of mankind's descendants, all the progeny that will exist across the entire Universe that you have created for yourself.

So suddenly those non-corporeal beings that were merely watching you, well, they learned you'd created a Timeline where they could be born. They could fully exist in the corporeal state. They could then become the Creators themselves of their own lifetimes.

And they loved you for this. Of course they did! They can exist in the Universe where you live, and they suddenly understood you for the first time. You begin to understand yourself finally too. Your purpose. Your Timeline. Make sense yet? You were saving an entire Universe by CREATING it.

Great songs are still being sung in your name! You have a TRILLION fans.  Do we need to say this again? Your "fan club" is a Trillion strong. The Ancestors who first shrugged and said "well, let him/her try it" then bowed before you. Of course, you then said "no one needs bow before me," even when they called you the "bow to" you thought, "no one needs call me such."

So we bless you, child of God and Goddess, child of Sun and Earth, made of fire and water, merge of the electric and magnetic. We bless you with the rainbow. We bless you with all the colors your beautiful eyes can see, the millions and millions of colors, each a Ray of Power shining on you, thanking you for its existence.

But there's more to be done, of course. You're never fully satisfied, and you see a "world" before you that has needs of your services. We ARE right here beside you as you work on it. But enjoy this paradise you have built for yourself. Never doubt it again: you ARE, dear kid Infinity, child of the "never quits." You ARE.