The Orions: "Enjoy Music During This Process: Your Ascension"

Sharing Some of What the Orions are Calling "Ascension Music" 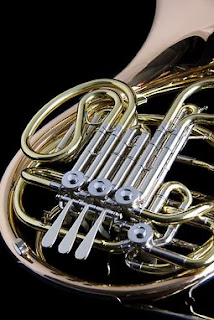 Tonight I really wanted to sit here and write about some breakthroughs I had meditating (I saw my own face on a cat-like biped and we...well, I guess we danced together across a field of pulsars and quasars. It was magical).

But the music I've chosen to accompany my click-clacking on the keyboard today has stolen the show.

So instead, I'd like to introduce some music to you that stirs my heart and uplifts me. Below you could listen to Johan de Meij's first Symphony. He wrote it after reading the Lord of the Ring books by J.R.R. Tolkien in the middle of the 20th Century, and it's a symphony created for Wind Ensemble. That's not traditional, and I think that's pretty cool (to be honest). 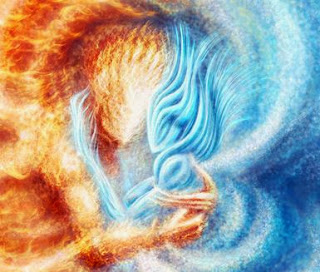 This music makes me MOVE. It's prevented me from really diving in to sharing my visions today or to sharing the channeling with the Arcturians or with the Orions I've been doing.

When I pose a questioning thought to the Orions about how they feel about being upstaged by this Symphony, I just get a "push" to keep dancing and conducting the computer. They apparently think "we wish you'd get lost in music you love more often, Robert."

And then they say, well, there's a sense that I should pay better attention and be able to differentiate between the Orions and the Arcturians now. I don't disagree with that. But more than that, they say that what the focus on now should be what raises my vibration - my frequency. Happiness, joy, pleasure, love... these emotions are all higher vibration, and "letting go" and "getting lost in music" is a very transcending experience.

And that is what we are looking for right now isn't it?

Here's what I was lost in tonight.


Symphony No. 1
by Johan de Meij

"The Lord of the Rings"


Ths music means so much to me because I've performed it before in diverse settings. Particularly, the fifth movement (begins around 33:35, if you don't want to listen to all of the Symphony) has some really powerful brass that has me completely unable to finish a thought from its sheer beauty.

The Orions have more to say:


"Oh, how we love Terran music! Your species has produced some Galaxy-wide hits. Did you know this? Did you ever doubt that Wolfgang Amade Mozart and his one-time protege Ludwig von Beethoven would only be known to your species only? Robert, as your contact for my people and one of the first ones to contact you, I made a point of taking interest in your own musical tastes. I even own a French Horn! That's a lot of tubing!

One day, you will sing for me these love song you think are so important that you would stand on top of a mountain singing them at full voice - all for your entire world? Oh, I did not mean to make you get emotional with this transmission, but yes, I was crying right along with you up on that mountain. You move us sometimes. Truly.

That was the power of that moment, and yes, the power of what music can and do for so many - not just your Terran neighbors. Oh Dear Divine Child, what sounds I have to share with you! Our tastes are not dissimilar, though you might say I prefer mathematical precision of the Classical Period and most certainly your Baroque Period to best.

And the Beatles. Yes, I very much enjoy the Beatles. Don't be shocked! (laughter)
All You Need is Love? Imagine? More famous than you realize. Both were played as proof your species was moving beyond a period of dogma to a Renaissance of Reason. The original controlling dogma was created by our own scientists from the past (our politically correct preferred word in English might be "evolving" or "assisting" dogma - I speak my mind though. I wish you would more often actually. Are you worried others might find you strange? You talk to aliens with your mind. You are strange! It's a great quality in a veritable ocean of boring normalcy hellbent on planetary destruction)

The placement of the failing grid was not without thanks to ancestors of mine own, but we can discuss that later. There's a lot of clean up taking place in the human energy grid because of failed or broken dogmatic conditioning.

Keep listening to your music, Robert. Let no one dissuade you from activities that continue to raise your physical vibration frequency. There are plans in motion and you have work to do; never forget.

Play that fifth movement again, the part where there's the very pronounced rollentando leading to that choir of French Horns singing above the entire ensemble. Your notes tune a bit bright to my preferred resonance, but that French Horn has an overtone series that makes it Angelic whenever two or more are played in harmony.

See? I really did take an interest in the mechanics of the music you love so much."

And here I'm instructed to say she winked at me and saluted to me...
no, that she saluted me and then winked at me.

So... after editing there is one more bit to tonight's channeling:

"If you aren't going to ground first, stop astral projecting. Just stop. You know how to ground yourself, and the New Earth grid will support you, but don't just visualize yourself "popping" over without being fully anchored into the planet you live on, Robert!"


Thanks for reading and visiting my corner of the Internet.

What music takes you out of yourself or enraptures you?