Matter, Electromagnetic Energy and You

Credit: Spirit Science
"Matter is energy (light), whose vibration has been so lowered as to be perceptible to the senses. There is no matter.” - Albert Einstein
This 3D reality only represents less than 1% or the electromagnetic spectrum and less than 1% of the acoustic spectrum. A three-dimensional perception see’s everything as solid, yet atoms are composed of 99.999999999999999% empty space, while the remaining 0.0000000000000001% cannot even be pinned down or measured as solid.

Color and matter is simply the brain’s three-dimensional interpretation of light frequencies. Not to mention, at least 90% of the matter in the universe is unmeasurable and unseen (dark matter).
“How is it that something as unconscious as the matter of the brain ever gives rise to something as immaterial as an experience?. Scientists find themselves in the strange position of being confronted daily by the indisputable fact of their own consciousness, yet with no means to account for it.”
– Peter Russell (M.A., D.C.S., F.S.P.)
“Remember how electrical currents and ‘unseen waves’ were laughed at? The knowledge about man is still in its infancy.”
– Albert Einstein.
“With the advent of quantum theory, it was found that even these minute subatomic particles were themselves far from solid. In fact, they are not much like matter at all—at least nothing like matter as we know it. They can’t be pinned down and measured precisely. They are more like fuzzy clouds of potential existence, with no definite location. Much of the time they seem more like waves than particles. Whatever matter is, it has little, if any, substance to it.”
– Peter Russell (M.A., D.C.S., F.S.P.)
New Youtube channel
Professionally made SSM video release coming soon: SSMetaphysics
http://news.discovery.com/space/are-we-living-in-a-hologram.html

Posted by Robert Hughey at 5:10 PM No comments:

From the blog: The Gaian Dragon


This is something I discovered while working as a School Crossing Guard.

For 40% of the drivers, I'm not needed at all. These people don't even need police for that matter, because they are like, "Hurt somebody? Commit a crime? Why would I want to do that?"

Then are the 30% who want a Crossing Guard to remind them that it is time to stop and let pedestrians across the street. These people are no danger to Society either.

Next are the 20% who will stop for the Crossing Guard, but they won't like it. Jerks.

Finally, there are the 10% who don't care about anything besides what they want right now for themselves. I was almost run over by one of them on the job.

What you see here is an accurate statistical representation of what the human population is really like. 70% of people all over the world, are either real nice or OK people. 20% of people are jerks, but we can deal with that. It is only one out of ten people who actually is a barbarian.

Most barbarians are simple bullies, and petty criminals. They harm other people, and generate some extra suffering wherever they go. However, there are a few who are considerably more dangerous. These people work their way into positions of power and authority on this planet. They have no compunctions upon their greed or malice, and generate suffering and injustice on a worldwide scale, simply because they can.

Note that it only a tiny minority of people who are doing these things. Most people by far are entirely decent, and caring. This is important to remember, when you consider the conditions prevailing on this world.

Recognize the essential goodness that prevails among the vast majority of us, and you will begin to figure out ways by which we can change how things are done on this planet. Since we are the majority, should we not have the most voice in how the affairs of politics and commerce are conducted?


The Earth could be a paradise. Let's make it happen!

Also Recommended:
http://www.jamesclairlewis.com/pages/animation/singles/nearsidemoon.html
Posted by Robert Hughey at 1:11 AM No comments:

What is the Subconscious Mind?

Meeting Guides, Ascended Masters and Myself 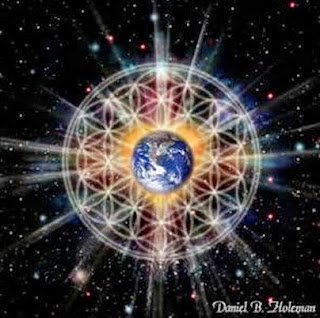 When I talk to people now, I notice the conversation flips through different timelines, where alternate conversations and information is exchanged. One thing I feel confident I will pick up soon, probably intuitively or with a growing sense of "knowing" that is both downloaded into my nervous system and is accessible through my growing understanding of my connection to SELF.


Read more »
Posted by Robert Hughey at 5:15 AM No comments:

Microcosm of the Infinite - Reality

Microcosm of the INFINITE

(A Message of Love Channeled from Above) 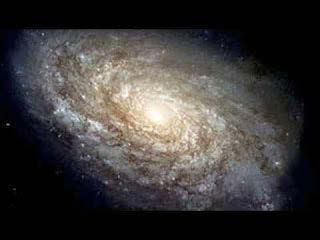 “Wake up, my child,” he speaks through my Reality.
Helping, Holding, Hoping for a Seed to take Root.

Mother Earth in her cocoon shelters her children
Providing the sustenance so we grow, live and love

All parallel within the cosmic system
A system without parallel

All a Work of Art
Filled with Light

Called LIFE
Posted by Robert Hughey at 11:55 AM No comments:

Email ThisBlogThis!Share to TwitterShare to FacebookShare to Pinterest
Labels: A Message, Ascending, Microcosm of the Infinite, Poem, Reality

Ascension Earth : Archangeloi of the Elohim ~ The Opening of the Physical Portals to Ascension in Truth ~ via Karen Doonan

Ascension Earth : Archangeloi of the Elohim ~ The Opening of the Physical Portals to Ascension in Truth ~ via Karen Doonan

Channeling via an energetic and powerful new force in my life, rapidly becoming a great role-model...oh,  and she's my Soul Group leader, Karen Doonan.
Posted by Robert Hughey at 10:48 PM No comments:

I ask that the channel be opened brighter, thicker, more resolute and firm. The channel to SELF is permanent, ever-lasting, infinite and unshakable. I AM connected, and I ask, implore, command and compel ALL to be in alignment so that the channeled message be clear.
This message was revealed as from the Arcturians:

Read more »
Posted by Robert Hughey at 4:16 PM No comments:

My Soul Group's Mission and a Crucifixion

Making room for SOUL burns, doesn't it? It's invigorating, but it honestly burns like the fires of hell in the middle of July.

Which I guess would probably be pretty darn hot, wouldn't they?

I met my Soul Group yesterday, and we discussed the KNOWING of what our Group came to this place to be responsible for bringing about.

I also learned some fundamental truths about aspect of my BEing. I was greeted and given protection by two beautiful spirits from the Dragon Realm.  My human life had such a long love-affair with the fantastic, such as dragons and magic, all the while he had (that is to say - *I had*) no waking awareness of the ancient Dragon Spirits coiled together within him (me).

I am not fully aware of Highest Self, not consciously aware yet of such anyway, but I am fully I've also found quite a bit of joy (and if I'm honest, some fear as well) interacting with the higher dimensions. I recognize the transition accelerates, which as this process unfolds, the 3D reality fades as fast as my understanding of what I was changes to what I AM in TRUTH.


Also, from both sides of the veil - fundamentally, there is a lot of confusion about how the other side operates - at least while waking up, anyway. The higher dimensional frequencies allow for living in a blissful state, which makes it hard to remember exactly how much it hurts to have a physical existence. And the awareness of the physical SELF becomes painful.

We are taught to turn into that pain, to literally swim in it in order to dispel, transmute and evaporate that which has locked us in the lower dimensions for so long.


Posted by Robert Hughey at 5:33 PM No comments:

Why an Ascended Apprentice?

Why Am I Called the Ascended Apprentice?

My name is Robert Wiley Hughey, and I'm a writer/blogger and student of all things esoteric living in the State of Georgia, USA. I am the Ascended Apprentice, student of all, adept in the future, Journeyman in the near-now and above all, I always remain teachable in all matters where I am working to obtain my Mastery.

So why an Ascended Apprentice?

The answer to that question is multidimensional in nature, as I was given the name a long time ago before I even dared to believe in any form of Spiritual practice. The name was revealed to me, and I chose to accept it. I've only just began channeling actual words and information from my Higher Self, and I'm struggling with the concepts.

So rather than drop all that confusion into this - only the second post on this blog - let me instead tell you a story to illustrate why I am, at the very least, certain that I'm an Apprentice. I have been given choices and I have accepted my purpose and my power, but I am far FAR away from Adept or my Mastery. I'm am certainly not an Ascended Master.

Ascension, Expanded Consciousness and Spiritual Powers:
All are Real

Below is the second blog post to this particular blog. It's a strange tale of a very strange night I had that cemented my place as the Ascended Apprentice, as it's the time I really began to understand that I had to be initiated in the Ageless Wisdom before I could really start using properly what I was only dabbling in previously.

Since then, I have become attached to a regional mystery school (hi guys!) and continue to meditate, learn, unlearn from past assumptions and learn again that which takes a while to get into my thick skull.
As I always say, I remain teachable. I always learn from my mistakes, and this post is about one time something terrible happened or had the appearance of happening to teach me a very valuable lesson... a very valuable lesson indeed.

Read more »
Posted by Robert Hughey at 6:43 AM No comments:

My Higher Self has a Great Sense of Humor.

He has to, otherwise I have no explanation for my own need to be surrounded by Laughter.
Nor do I have any explanation for how my Higher Self puts up with my constant errors.

Also, to put up with my boneheaded and thick-skulled ways, my Higher Power must truly find me funny in some ways, otherwise I'm not sure what the results would be half the time when I make the same mistake six times before learning any lesson of value from my mistakes.

But at least I can get some laughs from my oopsies. If one can't laugh with me, at least one can laugh at me, right?

At least, that's always been my philosophy. As long as people are laughing one way or the other, I am usually happy.


Sometimes my Higher Self gets a bit exasperated with me...


Read more »
Posted by Robert Hughey at 6:21 PM No comments: