Aquire a State of Ease

Maybe you'd like to put yourself in a state where you are in acceptance and are tranquil. Listen to this as if you are telling this to yourself. It should help ease your conscious awareness into a deep state of Ease.

And just for fun, how about a Rampage of Happiness too:

Posted by Robert Hughey at 4:53 PM No comments:

This Site is Back Up


Apparently, this blog has been down since July 4th, due to me using my new domain name "www.ascendedapprentice.com" and Google sent me an email to verify my email address again, but this time for the new address.

I didn't see that email, and I only just now realized that the blog was pulled down until I verified my email.

Well, it's verified now. When I saw that it was down, my first thought was, "Was it pulled down due to its content?"  But no, it was something simple like verifying my email, which of course is a Google Gmail address, so apparently there is no automatic connection between Google Domains and Google Mail.

Anyway, welcome back to this site. I apologize for it being down. I had hoped to try to acquire some new site viewers from Facebook and have been sharing the link to this site there recently, but now I see that each time a new person tried to view my blog they found there was no site at the provided address. 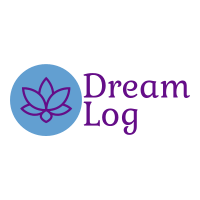 I find my dreams frequently incorporate some sort of character that is trying to convince me of something or pass on some sort of message. While I can't ever be sure that I'm purposefully visited (the practical side of my mind calls it all "subconscious"), over the years I've started to have reoccurring issues enough that I start to see a pattern develop.

So, I'm going to start a "Dream Log" here on this blog where I share particularly impactful dreams.

Early this morning around 5am, July 1, 2020, I found myself in a nightmare. I was finding myself in painful or horribly embarrassing situations, and once during a particularly embarrassing moment, a being stepped forward in my dream and interrupted me. He introduced himself:

"I've been sent here by 'God' to test you." He sneered at me. Instantly, I felt like he did not represent any god I recognized, but the dream then continued.

I found myself in violent situations where people were trying to beat me. I was in some sort of subway train station (which is strange, given that I live in one of the most rural areas of the US). Instead of letting a group of uniformed figures attack me, I threw myself on the train track. Then the dream shifted to a figure pointing a gun at me. I grabbed the gun and pointed it at my head, and the figure pulled the trigger. I said out loud to myself, "Good. Now, this test is over."

I then heard the testing being say to me, "No, this test is not over yet." And I was back facing the figure with the gun. Again, I pressed the gun to my head and the figure pulled the trigger. "Then it's over now," I said. I heard the voice again saying, "No, it's not."

Then I found myself facing multiple figures all attacking me. I was forced to kill or be killed, and each time I would simply allow the figures to kill me, and the being would reset the dream until I became violent and struck down those attacking me.

Eventually, I became very frustrated. I had had ENOUGH.

I then walked up to him, and I felt myself transform. I could see myself from outside my body, and the transformation was RADICAL.  I was humungous, looking like some sort of giant fluid dragon. I filled the entire space and surrounded the being, who looked surprised. I heard myself say, "You think you're the first one to try and test me like this, the first one to do this?" I felt like I had revealed some sort of "true form" of myself, and I was not having what this being was forcing upon me.

Then the dream totally shifted again. I was in a room surrounded by more attacking figures, but I had no fear inside me anymore. I raised my hands and felt my inner power flow, and I froze the figures in place. Instead of attacking me, they began to sing. I felt such joy at their song.

More figures suddenly appeared before me, and instead of being attacked or fighting back, I felt myself radiate my heart's love toward them, and they faded away. They stopped attacking and stopped being aggressive. They shifted, as if from the power of the force of love-energy I was projecting toward them.

Then there was another shift, and I heard a voice speak behind my head, "He has used some sort of ultra reality device against us."  I knew the voice was one of my spiritual guides, who are always present with me, awake or dreaming. They don't speak very often, but I have heard them both awake and in dreams, telling me to 'have courage' or asking me to 'remember' them when they appear in my dreams.

So I thought to myself, if this being testing me had used some sort of device to alter my dreamtime, I could do the same thing. And I expanded my energetic self in a huge fashion, and I declared out loud, "I have taken control of this entire area." The dream then shifted to some sort of chamber of horrors, but I had no fear. I stepped forward to walk down a dark ominous hallway...

...but then I suddenly felt a very physical "pushing" sensation on my belly. I looked down, and I realized I was awake and looking down at myself, and my cat was standing on my belly, doing some sort of chest compression-like motion on my belly. He has never done that before to me, ever. But he did this when I was at the worst place in my dream, and it woke me up.

To me, I feel like my cat sensed my distress and decided I had to WAKE UP from the nightmare. I spent the whole morning telling him 'thank you' and expressing what a 'good kitty' he is. He's literally sleeping on my laptop as I'm typing this, and he's been by my side all day.

What was this dream? Was it really a test of some sort? Or was it something taunting me and claiming to represent some divine force? Why would a divine force want to taunt, hurt or kill me in my dreams? Perhaps to force me to 'reveal' whatever I became finally in my dream?

I leave this experience feeling like I learned more about my 'true self.' I've always felt I was energetically much larger than my human body. I frequently expand myself to the size of the Earth, the Solar System, the Galaxy and out beyond even that in my meditations, and I have felt the presence of other consciousness when I do that. Sometimes it's been scary; sometimes it has been enlightening. Other times it has been a joyful experience.

I woke up today joyful at seeing my cat standing over me protectively, and I felt good about my transformation and the singing of the figures in my dream (which was quite beautiful, rhythmic and unique). But who was that being in my dream? Was it just my subconscious, or was something really connecting to me, for better or worse.

I have more questions than answers, but it was certainly an experience worth noting here on my blog.
Posted by Robert Hughey at 8:14 PM No comments: